Prantl - History of a bespoke printer 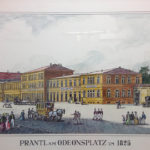 Fr. Ant. (Franz Anton) Prantl since 1797 is a traditional Munich-based producer of beautiful personal stationery and luxury leather goods which grew in prominence due to its popularity among famous artists and writers such as Thomas and Heinrich Mann, Franz von Stuck, Emil Nolde and Rainer Maria Rilke, all of whom resided in Munich. Along with Pineider in Florence, Benetton in Paris and Smythsons in London, Prantl is one of the oldest companies currently trading to own its own manufacturing plant. We carry out production in our own print workshop located in the suburbs of Munich. Not surprisingly perhaps, Prantl is considered to be the oldest company of its kind still in existence in Germany. 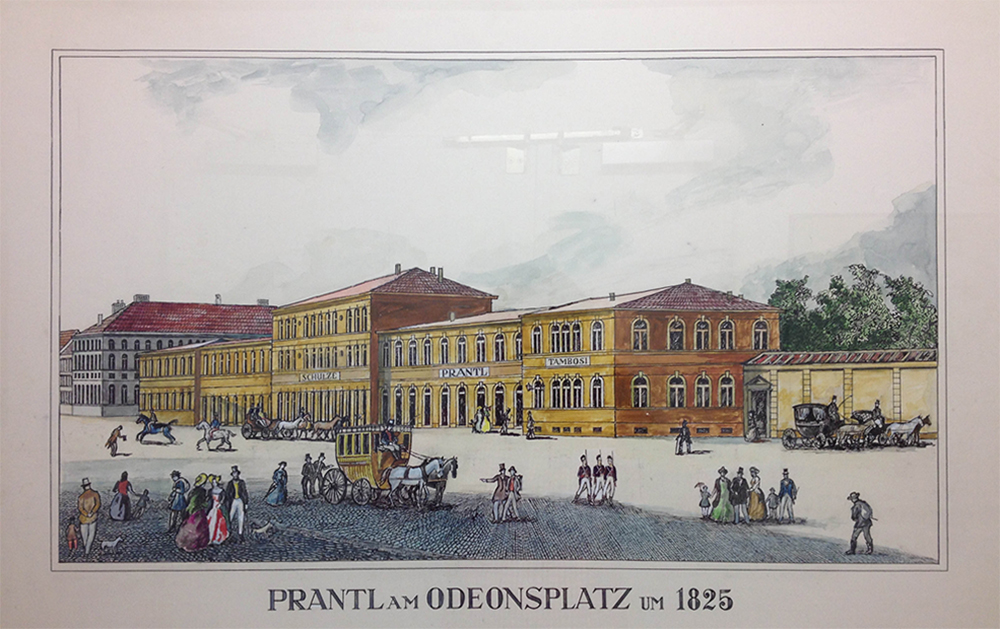 At the time of the company’s foundation in 1797, Munich was both "electoral capital and royal residence" and as such provided many opportunities for artisans and tradespeople to serve the courts of the local clerical and secular rulers. Our founder was one such man, and like many others who made their way to Southern Germany from neighbouring lands, he probably originated from Austria, where the surname Prantl is still widespread today. Until far into the 19th Century luxury foodstuffs and luxury products were often sold together and so at this time Prantl sold not only fine stationery, paper and leather goods, but also other luxuries of the day such as coffee and tea as well as silks, gold and silverwares.

From 1822 until 1945, the store was located in the elegant "Hofgartenarkaden", in the immediate vicinity of the royal residence. During this time, Prantl developed into one of the leading brands in Germany renowned for high-quality stationery and especially for diestamping. It attracted numerous well known clients including the Bavarian Royal Family who granted the company a Royal warrant and whose arms now form part of the Prantl logo.

Originally the company sold only plain stationery but soon added an extra service to allow its upper class clients to individually personalise their stationery. To do this, Prantl employed its own engravers to create coats of arms, initials and monograms and soon a growing enthusiasm among the economically flourishing bourgeoisie, higher civil servants, professors and tradespeople alike led to increased demand for the printing of existing family crests and also for new ones to be fashioned, specifically in order to take advantage of the opulent ciphers and logos designed by the company. This trend led to a boom in the use of both diestamping and blind embossing to create all manner of items such as Ex Libris book plates, signets, elaborately made vignettes, and richly decorated writing paper. A few of these items can today be found in the archive of the Bavarian Economic Archive. 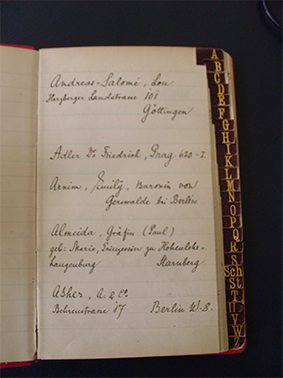 The company continued to move with the times and during the 1870s, Prantl started to produce high-quality greeting cards, following a trend which originated in France and England. In the second half of the 19th century, the product range was extended still further by the addition of leather notebooks, manuscripts and calendars. The notebooks became so popular that they were translated into 8 languages and were sold across Europe and their association with some well-known enthusiasts such as Emil Nolde, Rainer Maria Rilke and Wilhelm Furtwängler (the celebrities of their day) doubtless added to their appeal.

The onset of a World War brought harder times but the company continued to trade even surviving the destruction of its factory in Von-der-Tann-Strasse  during World War II, rebuilt soon after. Then, in 1945, the shop moved from Odeonsplatz to the Perusastrasse into the so called House "Röckl-Eck" where it remained for many years. After a short stay in the Maximilianshöfe the shop is currently located in the Luitpoldblock at Brienner Strasse 11, in the immediate vicinity of Odeonsplatz once again. The department selling office supplies and artists sundries was closed, and the company has since specialised in fine stationery, hand-made print and paper goods, and luxury leather goods. In 2011, Prantl opened an office in London which proved to be an immediate success and has been readily embraced by London society, due no doubt to the quality of the product and the high levels of service on offer. With a history as rich as ours we are already looking forward to the next chapter. 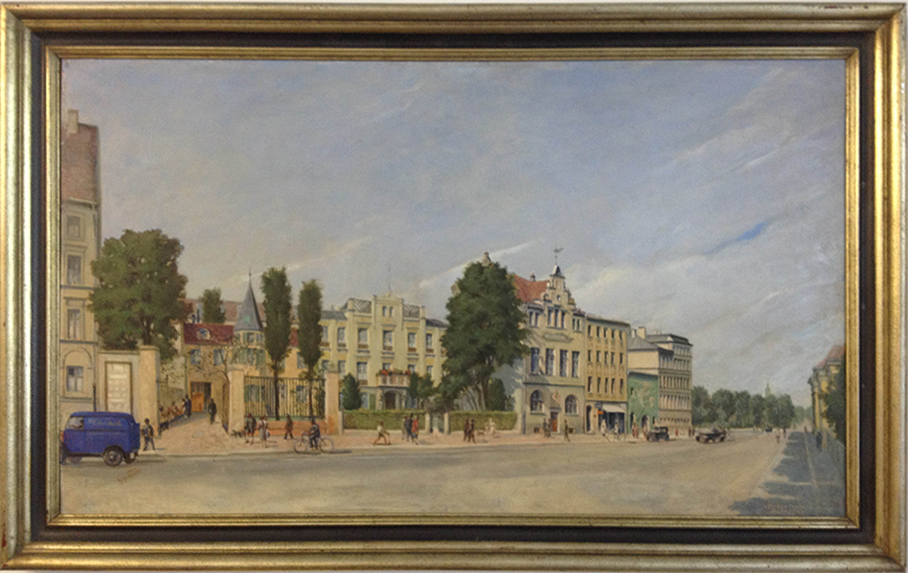